With Designing Affordability: Quicker, Smarter, More Efficient Housing Now, this area of home design and building niche area isn’t so niche anymore. Rather it now seems to be something “people are talking about all over the country.” In big cities, especially, these discussions are happening out of necessity. There are fewer and fewer square feet to lay claim to, and what can be claimed still costs a lot. Census data from this summer shows that even rent-stabilized tenants in NYC are paying more than 30 percent of their incomes on rent which qualifies as rent burdened. The same is true for many other city dwellers with market rate rents. Therefore, creating a market for building new affordable housing. 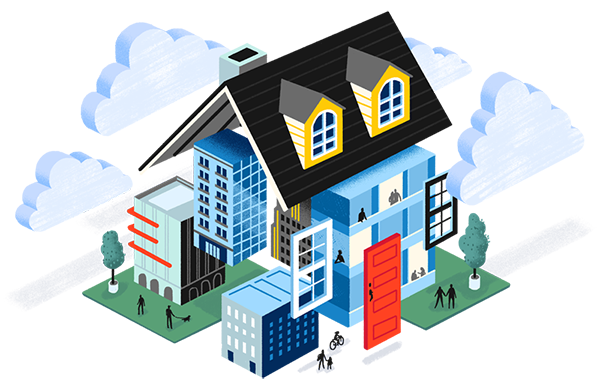 Land can be one of the biggest drivers of cost when building new affordable housing, Many projects in this camp circumvent this issue by using land that wasn’t used for housing previously. Take the Alley Flat Initiative in Austin, Texas, which has one of the most overvalued housing markets in the country. The initiative makes use of Austin’s many alleyways by filling them with two-story residential apartments.

(2) – Deploy Technology
MIT’s Media Lab harnessed designing affordable housing with the power of sensors and Internet of things-branded products to make a 200-square-foot prototype apartment perform like one four times that size. The system allowed inhabitants to use hand gestures or voice commands to flip, move, and stow the house’s transformable furniture (think Murphy beds and foldable dining room tables). This allows the home to actually be incredibly efficient, but have all the comforts in a smaller space.

(3) – Build Modular Designs
Architects have championed the idea of building new affordable housing. In NYC the 250- to 370-square-foot Micro NY apartments going up in NYC are assembled from modules that are built off-site and later hoisted into place with a crane.

(4) – Re-imagine Public Housing
Many government-led housing projects that went up during the 1950s, 1960s, and 1970s still stand today, but include swaths of parking spaces that city-dwellers don’t use, this is valuable unused space. Two projects “9 x 18” in New York City and Vandamme Nord in Paris would convert that unused space into retail outfits, or shared urban parks. Those designing affordable housing amenities improve on nearby public housing without requiring any work on the apartments, themselves.

(5) – Build Incrementally
An incremental method for building new affordable housing, calls for setting up a basic house with a roof that can easily accept additions, whenever the inhabitants can afford them. This favela-like approach is gaining legitimacy and traction in Rocinha, one of Rio de Janeiro’s biggest slums, as well as in Brooklyn and San Francisco. The Urban Works Society in San Francisco, for instance, looks at how Marina-style and Victorian homes in the area could be added to architecturally, allowing families to expand without purchasing new property in a city with sky-high rent.

(6) – Rethink Home
Life at home no longer means one family in one dwelling. Urban areas ideas for designing affordable housing impose de facto communes on us; more and more we work from home. Projects like Lo-tek, a coworking hotel in New York City, respond to those vanishing boundaries by offering up spaces that can double or triple in functionality.

(7) – Build Simply
Building simply when building new affordable housing calls for exactly that: using time-tested methods to build houses on the cheap. Designers point to the XS Houses in Houston, Texas, that follow the early 20th century shotgun housing typology most often seen in New Orleans. (It’s experiencing a comeback there, too.) The housing style originates in the Caribbean and has a layout that connects the front door to the back, so it can self-ventilate, and a porch, so its owners have additional outdoor square footage.

CAD Pro allows anyone to share their ideas and plans with clients, colleagues or professional remodeling contractors using Dropbox®, Google Drive™, OneDrive®, and SharePoint®. Export files to Microsoft Word®, Excel®, and PowerPoint® with a single click.